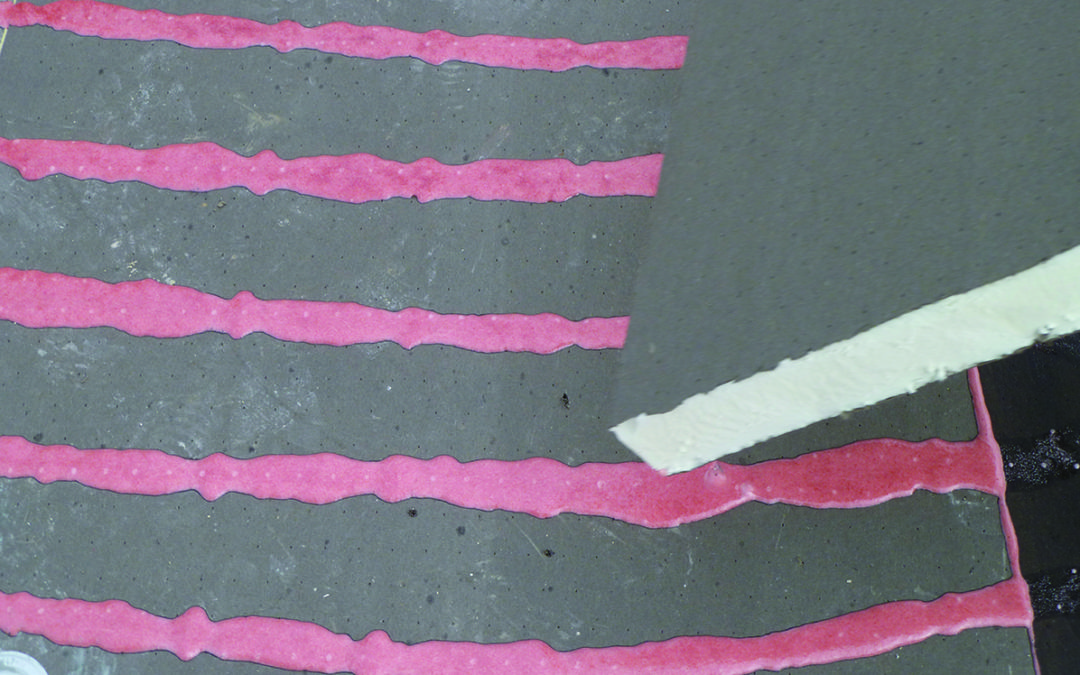 When it comes to adhering insulation to roof decks, two-component polyurethane adhesives hold the largest market share in the commercial roofing market according to industry studies. Many roof decks, such as concrete and gypsum, can make fastening difficult, as most threaded fasteners must be pre-drilled before installation. Through-fastened systems often have many fasteners, so while the cost of fasteners and stress plates is often cheaper on paper, the installed cost increases dramatically. It’s also a noisy operation, as hammer drills are needed to drill the holes. Two-component polyurethane adhesives can be applied directly to these more challenging deck types without the added complexity of fastened systems, and without the odor of other adhesive types such as asphalt. 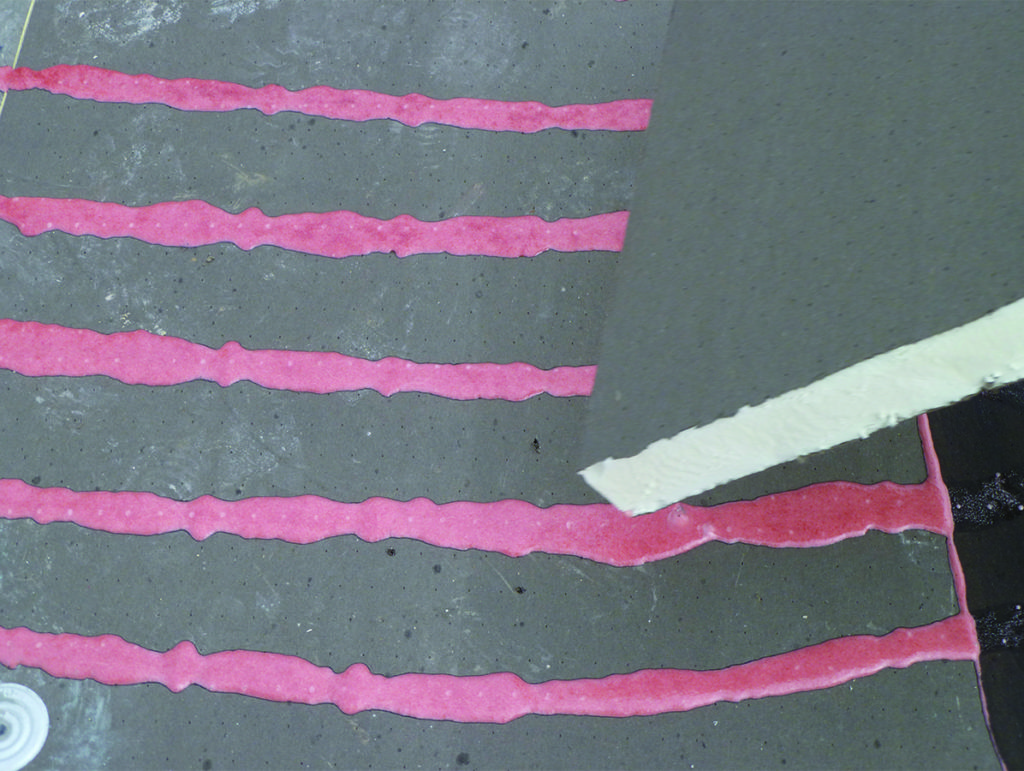 These adhesives can be used to adhere insulation board to each other, which is popular for increasing insulation R-values in commercial buildings. Mechanically attaching insulation to the deck and adding a second layer with staggered joints, not only breaks the thermal bridge but also greatly reduces air migration according to one study. They’re also commonly used for adhering coverboards, which can help to improve hail performance in some circumstances. Additionally, some building owners simply prefer the aesthetics of an adhered roof with no exposed fasteners and plates.

Historically, extrusion has been the most common method of applying a two-component insulation adhesive. For these applications, contractors typically use a large caulk- gun-type of applicator, or a large low-pressure dispensing cart. Pressurized canisters have built immense popularity in a short period of time as well. 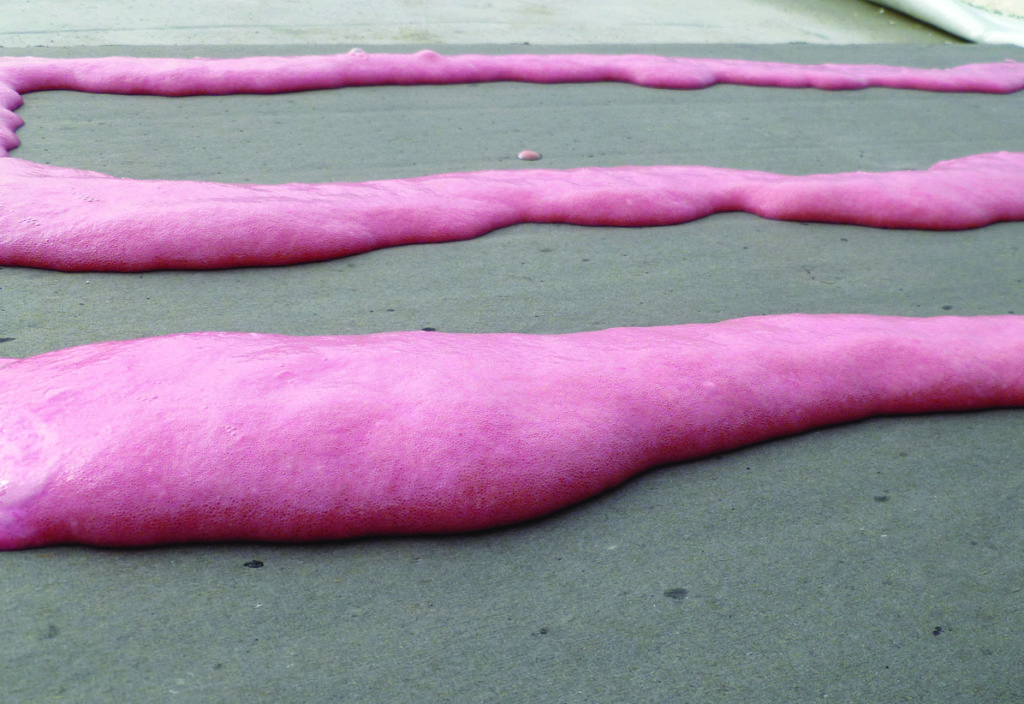 In extrusion, two-part polyurethanes are typically dispensed in liquid beads that spread to several inches while rising ¾- to 1-inch above the substrate. Pressurized canisters generally dispense in foam, but continue to react once dispensed, so be sure to follow the manufacturer’s installation instructions as it pertains to when the adhesive is ready to accept the insulation or cover board. A chemical cure takes place quickly depending on the adhesive formulation. Since the insulation is a component of the roofing assembly, contractors should follow membrane manufacturer recommendations for adhesive spacing.

For these low-pressure extrusion systems, the Part 1 and Part 2 components are mixed at the point when they are dispensed, allowing the chemical reaction to take place on the substrate instead of within the tools or containers. Because the adhesive is not atomized, personal protection equipment (PPE) is typically limited to eye protection and gloves.

High pressure spray rigs have lost some popularity due to the size and cost, but are still a commonly accepted and utilized means of applying two-part polyurethanes. These systems generally require much more personal protective equipment, such as respirators and suits, but allows for bulk packaging of the adhesives components at lower cost to the end user.