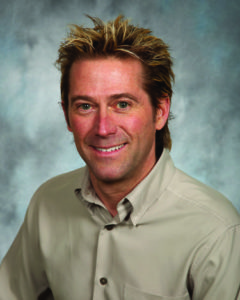 SPRI is pleased to announce that its Board of Directors has appointed Randell E. Ober as Technical Director. Ober will begin his service at SPRI in January 2020 with the retirement of current Technical Director Mike Ennis. Ober brings more than 35 years of commercial roofing experience to SPRI; possessing a wide range of expertise in single-ply materials, the development of new roofing systems, acquisition of code approvals and promotion of products.

Ober opened his own consulting company, Mr. HeatWeld Consulting Services LLC, in 2016. For the 33 years prior, he held a number of senior positions at Carlisle Syntec Incorporated, including many facets of project management and project engineering. In addition to years of corporate experience, Ober possesses a history of distinguished volunteer work. He currently serves in a number of leadership roles within the American Society for Testing & Materials (ASTM) and is a past recipient of the ASTM Award of Merit and Distinguished Leadership Award.

“I am thrilled to serve as Technical Director of SPRI,” says Ober. “I know I have big shoes to fill in taking the reins from Mike Ennis, but my 35-plus years in the commercial roofing industry has prepared me to be an effective advocate for the SPRI membership.”

Ober replaces Ennis, who has served as SPRI Technical Director for the past 13 years. Ennis began his association with SPRI as an employee of Dow Chemical. He served on a number of committees and task forces, as well as President for the 2004/2005 membership year. After becoming active in SPRI’s Board of Directors and Technical Committees, Ennis became Technical Director in 2007.

“Randy will do an outstanding job as Technical Director of SPRI,” says Ennis. “He is well known for his ability to work as part of a collaborative team and lead that team to consensus. This ability will greatly serve the members of SPRI.”

Over the next several months, Ennis will work closely with incoming Technical Director Ober to ensure a smooth transition upon his retirement.